Cultivating Connections within a Community 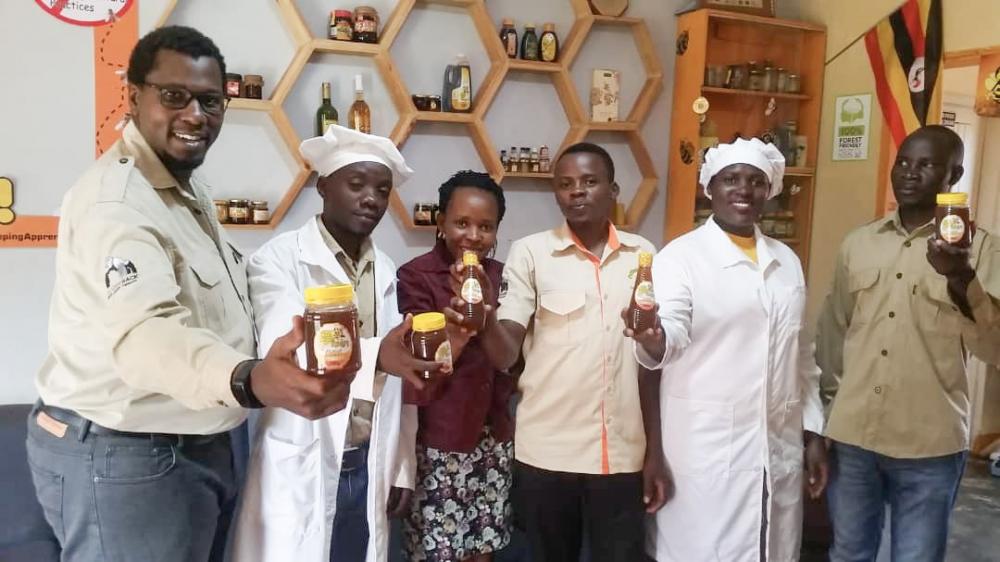 Cultivating Connections within a Community

General Mills in Europe decided to try something different when forming a volunteer team to work with Golden Bees, an Ugandan company that produces honey, beeswax, and propolis (bee glue). The team was only comprised of General Mills employees based in Europe. And while there are many benefits to working on a cross-company, geographically diverse team that is the usual makeup of a PFS volunteer team, the Golden Bees volunteer team discovered many benefits to collaborating on a project together.

One of the first people to join the team was Carlota Gonzalo, an experienced PFS volunteer and quality ingredients manager based in Spain who specializes in commodities such as honey, cereals and edible oils. “The Golden Bees project was unlike any previous PFS project I had been involved with,” Carlota said. “Having a team of volunteers from General Mills - Europe allowed us to expedite the project onboarding phase and start work really quickly. Typically it takes some time to learn about the other corporate partners and their work styles, but we already understood one another. Plus, scheduling meetings was a lot easier since we were all on the same continent and not dealing with different time zones,” she continued.

Within the Golden Bees project, there were two very different parts - designing a quality management system and mini quality control lab, and creating a computerized accounting system. Carlota focused on the quality management and lab, while other colleagues focused on the accounting system. Carlota, although familiar with quality management systems due to her background, was not familiar with the lab portion. “I love working globally and learning new things so I wasn’t afraid to get involved in a project where there was a portion I was unfamiliar with,” Carlota said. "I gained a lot from the Golden Bees project because I made new connections in the General Mills R&D and lab departments that I had not previously made, as well as gained a better understanding of what goes on during honey lab testing. I now use that new knowledge in my day job when I am communicating with honey suppliers. I’m able to do my own job better and also get to build a deeper relationship with my clients, who really appreciate the honey lab experience I’ve gained.”

After the project ended, Carlota and her team received great feedback and heartfelt thanks from Golden Bees Founder Brian Mugisha. “We are grateful for the immense contribution you have extended to us. And to the entire PFS and General Mills staff, you are such a wonderful group of people and there is no way we can pay you back other than working towards improving Golden Bees to one day be a General Mills of Uganda!”

Because of the General Mills Europe team’s recommendations, Golden Bees has enhanced their lab and increased the quality team’s capabilities. They are also using an inventory management tool built by General Mills volunteers. It’s a significant contribution to a company that supports 2200 local beekeepers annually and Carlota and the team went on to win the Global Volunteer Award, presented by the General Mills Foundation, for their involvement with PFS and the Golden Bees project.